During February there were 39 healthcare data breaches of 500 or more records  reported and 1,531,855 records were breached, which is the same as a 21.9% month-over-month increase in data breaches and a 231% increase in breached records. There was a higher number of records breached in February than in the past three months pu together. During February, the mean breach size was 39,278 records and the mean breach size was 3,335 records. 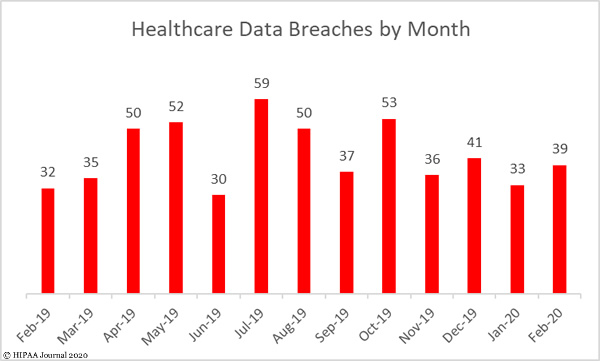 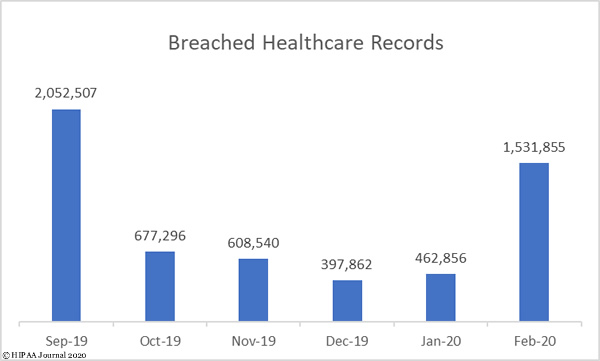 The largest healthcare data breach was made known by the health plan, Health Share of Oregon. An unencrypted laptop computer that was holding the records of 654,362 plan members was stolen from its transportation vendor in an office robbery.

The second largest breach was a ransomware attack on the accounting practice BST & Co. CPAs which saw client records encrypted, including those of the New York medical group, Community Care Physicians. Apart from the network server breach at SOLO Laboratories, the cause of which has not been figured out, the other seven breaches in the top 10 were all due to email security incidents.

Hacking/IT incidents were the main cause in the breach reports, making up two thirds (66.67%) of all breaches reported in February and 54.78% of breached records (839,226 records). The mean breach size was 32,277 records and the median breach size was 4,126 records. 80.76% of those incidents included some aspect of hacked email accounts. 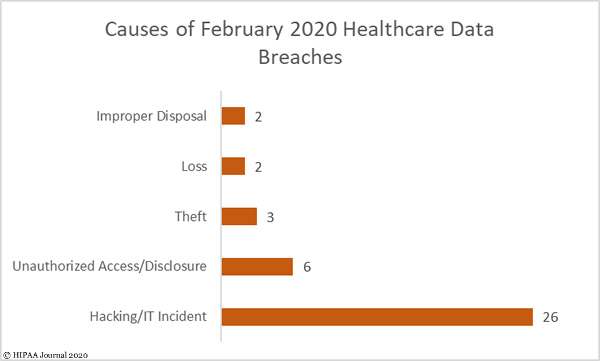 There were just six unauthorized access/disclosure incidents, four of which involved paper/films, one was an email incident and one targeted a portable electronic device. 15,826 records were impermissibly made available in those incidents. The mean breach size was 3,126 records and the median breach size was 2,548 records.

As the bar chart below shows, the most troubling area for healthcare groups is protecting email accounts. All but one of the email incidents were hacking incidents that took place due to employees responding to phishing emails. The high total shows how vital it is to implement a powerful email security solution and to provide ongoing training to employees to teach them how to spot phishing emails. 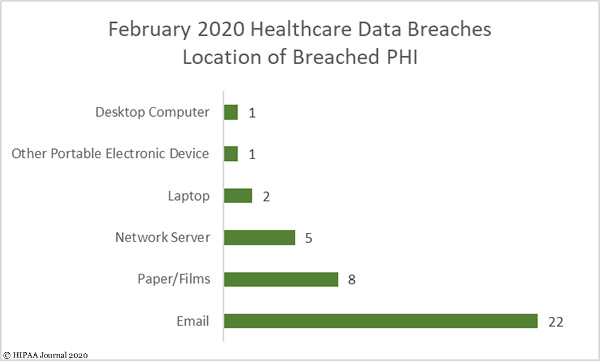 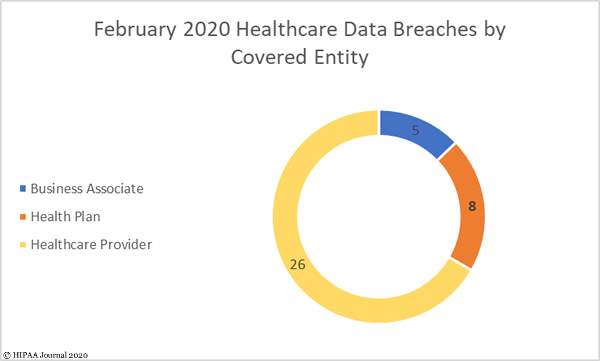