A HIPAA breach refers to the capture, viewing, use or sharing of Private Health Information in a manner not adhering with the HIPAA ACT , which impacts the security or privacy of the PHI.

This is a very wide definition that might make you think that a glance at data could lead to a penalty being sanctioned against you.

HIPAA states that that following will not be considered a HIPAA breach:

Examples of HIPAA breaches include: 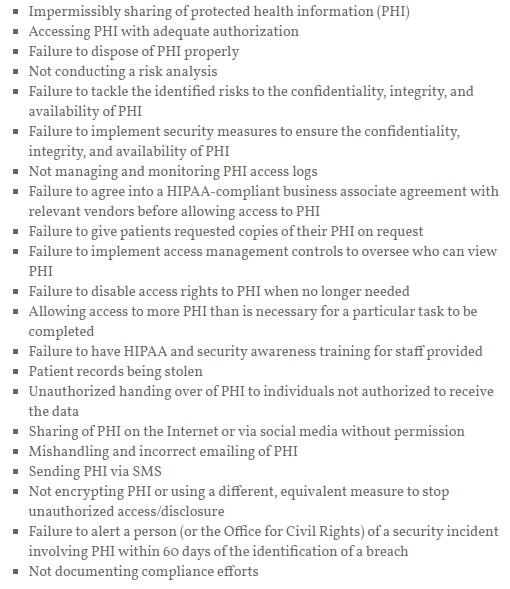 The only other exemption for a breach is if it can be shown that there is a low chance that the PHI has been impacted based on a risk assessment to which there are four factors: the possibility of re-identification/sort of identifiers, the unauthorized individual to whom the breach was made, whether the PHI was actually acquired or seen, and to what extent the risk to PHI has been addressed.

It is vital for HIPAA-governed organizations to do everything possible to stop HIPAA breaches occurring in order to avoid being subjected to debilitating monetary penalties. Covered entities must see to it that there are robust processes in place to prevent breaches taking place.